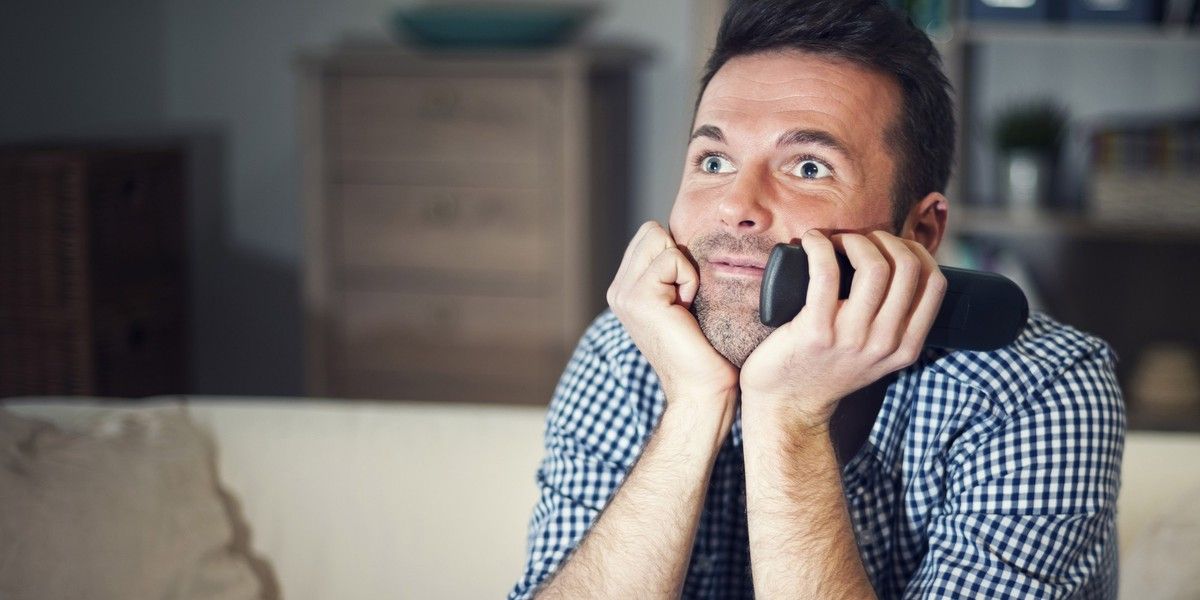 It is not an easy thing to pick a TV amongst the big collection that is available now in the markets, even if the products are from big companies, it is likely that you won’t be a 100% satisfied, this part will introduce you to the pros and cons of big brands’ products

The Best Brands of TVs

Samsung invaded the market with their Curved Screens TVS in 2016, it is estimated that the amount of the curved screens products surpassed the flat ones, nearly 3 Curved Screens are being sold for each flat screen TV. They implanted their most recent and powerful technology in their HU8500 series, the best and the most sold.

Samsung promoted their curved screens in a manner that made the consumer fully convinced that there is no better TV in the market, they did that by advertisements that depicts the viewing experience as something that is extraordinary and beyond belief, they highlighted that these TVs are for the extravagant and the lavish, check one of their early commercials to see what we are talking about.

The Samsung Curved Screens are equipped with the latest technologies that guarantees the best viewing experience, contrast, colours and better sound quality. The 4K that was implanted into the curved screens is more than Ultra high definition, it was much more better than the 4K models they produced last year.

One of the reasons Samsung’s Curved Screens TV were successful is that they were made to be upgraded, in other words, by buying a Curved TV from Samsung, you have the ability to add and remove new gadgets of the advanced features that are invented after the TV itself, this way they assure you that the Curved Screens will never be outdated and that they will last for too long.

From the bad side, the smart TV option in Samsung’s curved screens is unavailable in 2016, this has stirred disappointment in the market amongst TV lovers, some people concluded that there is no need to buy a curved TV without the Smart TV option, and they settled for flat 4K TVs considering that the curved screens are nothing but a waste of money and time. But some people beg to differ, they consider the Curved Screens perfect in a sense, endorsing their arguments by highlighting the Apps and streaming options that are offered by Samsung. The company also had its share of bad TVs, The H700 series are a set that does not support 4K resolutions, but still more expensive than the TVs that does support the Ultra High Quality resolution. 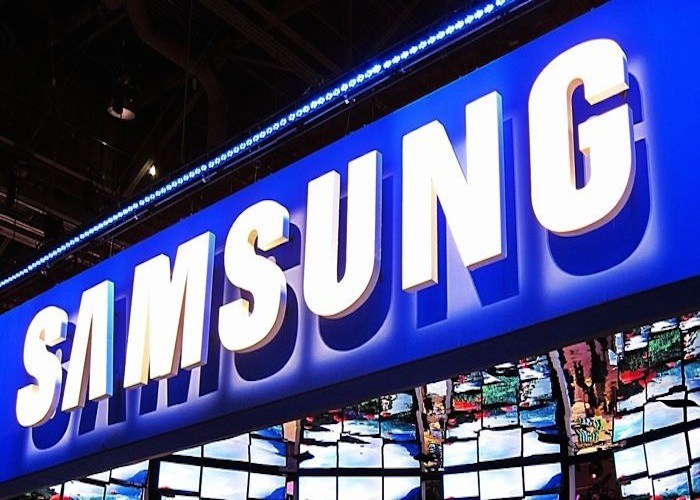 But regardless on every single bad detail, Samsung was really successful worldwide this year, they invented TV sets that are ranged from very expensive to cheapest, but the truth is that all of these TV delivered the best quality image and overall performance. The characteristics of their TVs add up together to create the perfect TV, they added PurColour technology, the improved 4K resolution to give extra quality to the picture, and they avoided using IPS panels, The HU8500 series feature all these qualities. The HU7500 flat screen series on the other hand, although the price was completely above the reach of the middle class, it sold the numbers that were expected from it, the quality of 4K was decent and little bit similar to the HU8500 series, the only difference is that the latter was cheaper than the former.

If you are looking for a normal HD TV, we counsel you to buy a H6400 series, they are affordable at cheap prices and they offer a good overall performance.

This company is known for its LCD TVs quality, they have been producing LCD TV since the technology was introduced to the world, but with all these new inventions in the TV field, Panasonic are not feeling safe. At The Consumer Electronic Show at Los Angeles, they announced that their next LCD TVs will give a new definition to the watching experience. The only thing that Panasonic received applause was their Smart TV system, it enables you to access the database of the UK TV channels such as BBC, Channel4, ITV and so on, You can do this thanks to a feature that enables you to go back in time to watch programs that were already broadcasted or even forward. this system is called EPG. The second option is TV Anywhere App, it enables you to watch you favourite shows that are recorded on your USB through the internet no matter where you are. The Third option is My Stream App offers you suggestions on what to watch based on what you already watched and reviewed. These features combined are what extinguishes Panasonic and make it a contender in the market.

As far as the good things are concerned, Panasonic promised that they will be releasing the Ultra High Definition TVs by the end of this year, the samples they have showed looked promising and inviting to buy. The AX802 series was the number one attention grabber in terms of picture quality. It was announced later that these series will be upgraded so they can support 4K streams, this decision was made after the angry reactions the company received from reviewers about the first editions that did not support 4K streams such as Netflix

This company emphasized on making 4K TVs their primary objective in 2016, they are the most successful in implanting 4K Technology in all their products. They know that they have the lead in the market when it comes to this technology. Their products before the revealed the curved screens were basically just LED and LCD screens, the were discreet about their new TV models. They also focused on delivering high definition TVs to the market for the lowest price.

From the good side, the best products that were released this year are the W605 series, The W829 and the X9005B series, all these TVs made sony stronger and successful this year. The W605 are the cheapest of them all, but they deliver better picture than the other models that are not mentioned here. The 4K resolution X9005B models are the best TVs you could buy this year from sonny if you are looking for a  4K TV that has super quality of both picture and sound, that is what you ought to buy one. The W829 series were introduced with a very high price, but still, the fact that they delivered formidable picture quality is undeniable.

From the bad side, Sony have released some of the worst brands in the market in 2016. The X8505 and the W955S series were a big disappointment to the the 4K screens family. these TVs used of IPS panels which took them way down from the consumer’s list, make sure you avoid these models. 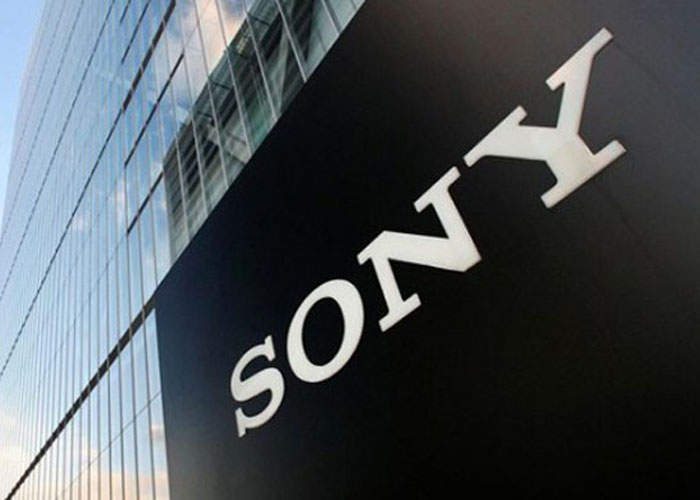 WebOS gave LG the power it currently has, they might have messed up several times but they still buckled up and salvaged whatever they could with their new technology. WebOS enables people to experience smart TV as they have never done before. LG gave Smart TV a new definition, it became easy to use, systematic, healthy, Multi-tasking ability, and most importantly, simple.

OLED technology was brought to life by LG, it is considered of high importance within the TV contenders arena, everyone aims to implant it in most of their products, LG however is dominating OLED after all the other brands decided it’s expensive to make and with that they retreated to produce their own LCD and 4K TVs. LG has released the first 4K OLED TV in november 2016, it is the most powerful and ultimate TV of all time.

LG did not only focus on making the picture and contrast better, they have also worked on the sound quality by inventing sound speakers with high quality and lesser cost, the best OLED TV with overall sound and picture performance is the 55EA980W.

Although it is not 4K resolution, the 55EA980W has managed to make room for itself as one of the best TVs in the market. The LG 55EG9600 is the best offer you can get, it’s a Curved Screen, 4K Smart TV equipped with WebOS 2.0 and it is only available for only 3000$. The 65EC970V is an OLED TV without Smart TV system, or WebOS and it is estimated around 10.000 $ so you can see clearly which one you should buy. The 65UB980V is one of the most solid TVs by LG, equipped with Ultra HD 4K, Smart TV with WebOS, Multi-Channel Speaker, and Cinema 3D and available in sizes from 65” to 84”, if you want a good flat TV, this is the one you are looking for.

From the bad side, LG’s LCD screens were IPS panels equipped. every LG LCD suffers from this issue, so in terms of LCD productions, LG was always beaten by other competitors. They sacrifices LG made to get OLED technology, was a key to keep the company on the top of the ladder. Even though the advanced technology LG showed, it still encountered problems when it comes to 4K resolution, the UB950V series are known of their weak backlight and feeble 3D quality.

To sum up everything we have said, we would like to inform you that what you have read here is collection of the best TVs that are chosen by looking into details and plenty of measures. It can be possible that if you buy a Curved Screen Samsung 65” HU8500 TV, you won’t like it as much as we did, that is why you should keep in mind that tastes differs. The TV market is engulfed by fake brands and bad TVs that are even made by the big and famous brands themselves such as Philips, Samsung, LG, Panasonic and so on, before you buy any product make sure you do your research, check for the options and features such as Smart TV, WebOS, 4K, Flat or curved, HDMI 2.0 ports. Check the sizes, there are plenty of sizes when it comes to TV, from 32 inch to 84 inch screens. Take under consideration where you are going to position your TV when you get home away from the unhealthy sight space, all these measures will contribute an assuring you the best viewing experience.