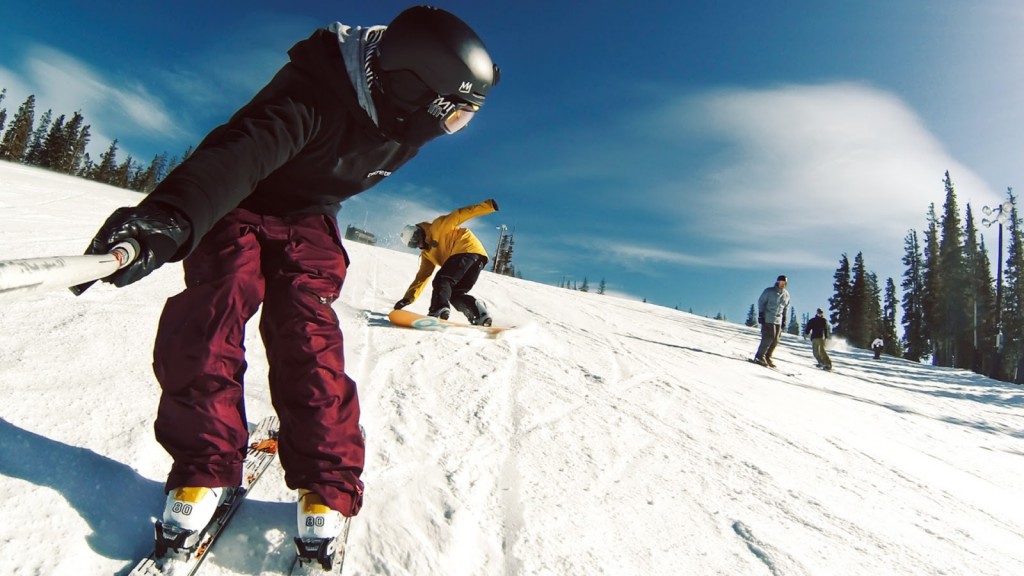 Action cameras are dedicated to capturing pictures and videos of the most exciting and energetic moments of your life, like during sports as such as skydiving, cycling or swimming, or during your travels… This doesn’t mean that they cannot also capture everyday’s little special moments. However, action cameras have some special characteristics that make their first purpose to capture adventure. This little guide will walk you through details you should be aware of if you are considering getting one of these little beasts.

Action Cameras are small, durable, hands-free, which gives you the choice to strap them to either you helmet, surfboard, bike, etc. Being small in shape and powerful in taking high quality videos and pictures, makes these cams very practical. Once it’s well strapped and set, the action camera will do its job without standing in your way, and without you having to worry about it, because they come in changeable waterproof cases, called “ housings ” that protect them not only from getting ruined by water, but also from dust, sand, scars and crushes. Although, some action cams are waterproof on their own, but putting it in a protection case never hurts.

Most action cams don’t have a viewfinder, but they come with a shoot wide-angle video. As wide as noted in the lenses’ degrees (for example, 160 degrees). The wider the lens’s angle, the wider and larger the field of view and the more action you’ll be able to capture.

The Action Cam can shoot in a variety of different frame rates to suit any activity and give you the specific look you desire. But, what are frame rates?

– Frames per second – The frame rate is the number of still images used every second to make up a video. Normal TV is at 24 or 30fps, but 60fps is better for a smoother and less blurry motion. Going higher than 60fps may seem pointless, but it can be used to create amazing slow-motion shots. 60fps video can be played at  both half  and quarter speed while still staying at a high quality 30fps, which means your videos will still look great even in slow motion.

– Resolution – It’s a known fact that the better the video quality, the more expensive the camera is, but if you’ll just be watching your videos on your computer or smartphone, you don’t need a camera that captures super- high-quality video. 4K (or Ultra High Definition) is the highest resolution possible on an action cam. 1080p and 720p are considered high definition, and 480p is good enough for TV broadcast. So a cam with 720p or 480p should be plenty good enough for most of your needs.

Action cameras can be mounted to different surfaces, so to what will it be attached to won’t be a big of a problem. What really matters is the angle you wanna catch, and that mostly depends on the activity you will be practicing and recording at the same time. So be as creative as adventurous the activity or your spirit is.

Most action cams have Wifi connectivity, which is a very handy feature, because it allows you to directly post your videos on youtube for example from your camera. It also gives you the possibility to control your camera from a smartphone or a tablet.

All the videos you capture using your action camera are recorded onto postage stamp-size cards. It’s highly recommended you get an SD card with a high GB number ( measurement of the card’s space ), The higher the GB number, the more space you’ll have the more expensive the card will be, but you will have enough space for loads of videos, and memories.