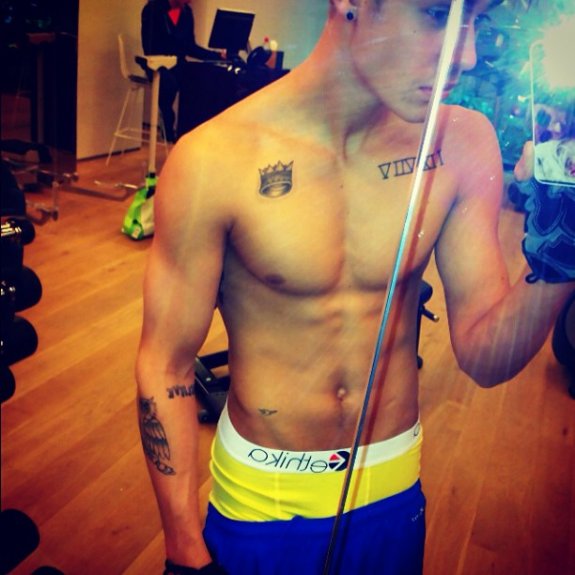 After being criticized for the controversial message he left at the museum guest book of the Anne Frank House in Amsterdam, Justin Bieber is subject of criticism for his topless pictures he shared on Instagram.

At the museum guestbook, the 19 year old artist wrote a message in which he asked if a Holocaust victim would be a belieber. “Truly inspiring to be able to come here. Anne was a great girl. Hopefully she would have been a Belieber” Justin wrote.