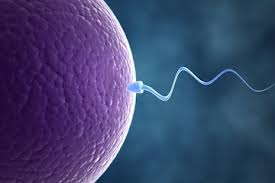 Watching TV and Physical exercise has connection with sperm counts

According to a new study, there’s connection between lack of physical exercise and excess TV watching and the lower sperm counts The study that was led in US found that men who exercise 15 or more hours each week have 73% of sperm accounts than those that have less exercise. And those who watched TV over than 20 hours have less sperm accounts than those who watched TV lesser time. However, the study said that having lower sperm counts does not mean low fertility.