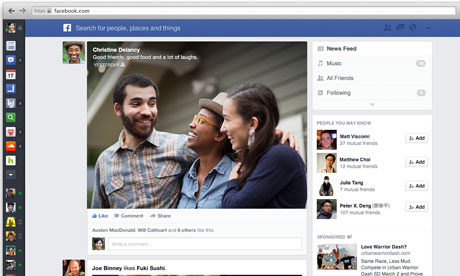 Facebook has implemented new modifications on users’ home pages. It makes a new design in which the photos and link appearing in News Feed are shown in bigger forms The alterations in order to attract users pass more time on the website, and as well to attract more advertisements. In a press conference, the co-founder and chief executive of Facebook, Mark Zuckerberg said that he wanted Facebook to be “the best personalized newspaper in the world.” But it’s not yet clear how would be the reaction of users toward these modifications. In the past, design changes have been faced with complaints at least at the beginning.