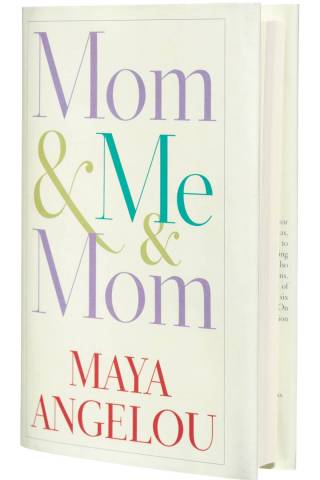 The literary icon Maya Angelo released last April her new book “Mom & Me & Mom”. In the book she talks about her relationship with her mother Angelou separated from her mother in early age and she and her brother lived with their grandmother, while the mother was struggling to succeed her marriage.

In the book, Angelou tells her story and how she’ll reunite with her mother later in life. And the writer showed how her mother was supporting her and takes always her side. Among Angelou’s well-known books, we find the autobiographical work “I Know Why the Caged Bird Sings,” and “A Song Flung Up to Heaven.”

Most of those who reviewed the book have positively assessed it.