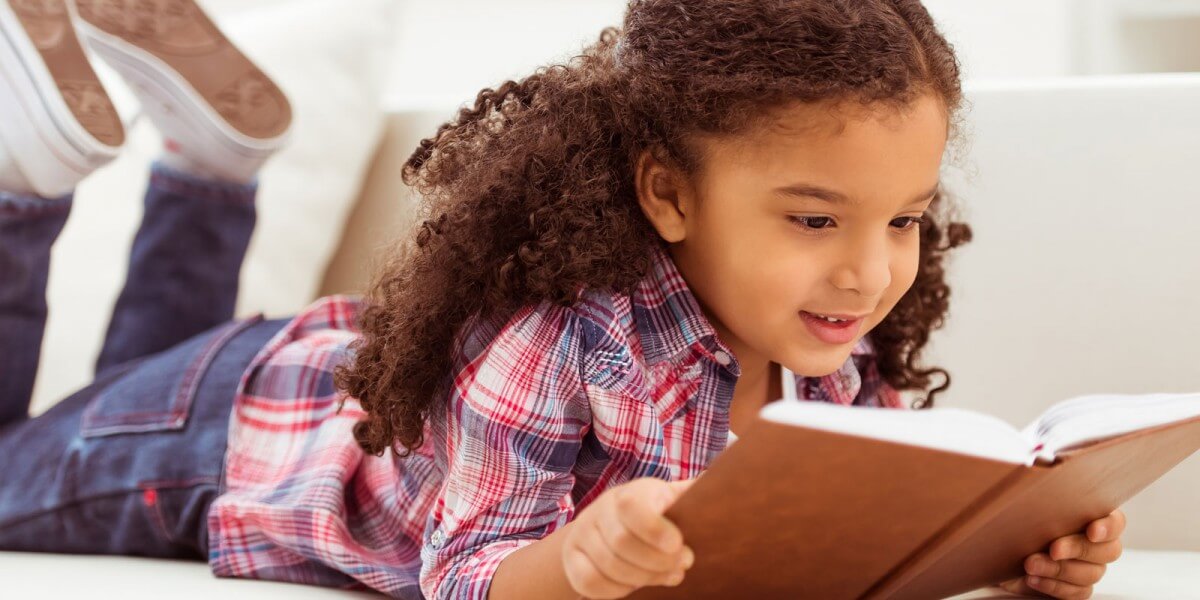 Best Children’s Books For All ages Part 3: Between 5 and 7 Years Old

This strong allegory of clinging to life is impressive, Call me Tree : Llamame arbol by Maya Christina Gonzalez is a beautiful piece of writing that highlights the process of growing up through stating that kids are like trees, no matter how big and tall they get, how free and independent, they still rooted to where they belong. The Story is about a child who personify nature by becoming a tree, it is written in poetic lines that can make the reader float in imagination. The illustrations are colorful and educative as they teach both poetry and Spanish language.

Pig and Small By Alex Latimer

Friends are very important, a life without friends would be meaningful and tedious. Alex Latimer emphasises this important feature through way on how to find things in common with friends. By doing so, Pig and Bug created their own activities to have fun, some happened to be successful some happened to be otherwise. This book teaches your kids that no matter how many times you fail, you should always get back on your feet and keep trying to succeed, be it with personal life or life with friends. Through all these events the book will finally conclude itself by Pig and bug continued being friends. The illustrations are comical and help make the book straight forward.

Outside By Gill Deirdre

A bored little boy sitting inside his house while snow is falling down silently on his house, his brother prefers the company of television and the computer on playing with him. The tediousness however, will stop when the sun shines, the little boy went outside and started to make a shapes and forms that contributed in making his own world out of snow, angels and huge snowmen decorated his art piece, but suddenly the hug snowman comes to life and offers his help to the kid, they both started making big snow castles, after they have finished the castle a big dragon emerges to take the boy in a ride in the sky, when they got home, he was surprised to see his brother joining him. This is one of the best stories that enriches your children’s imagination, the illustrations of the snowy world are stunning

Another wordless book, but a pretty interesting piece of work. The story of a quite black and white city that is being colored by a young artist through creating cute and harmless monsters that came to life holding crayons as well and running around painting the city and its people with joyful and vivid colors, this however have spurred chaos in this city when the townsfolk started shouting and ordering the big monsters to leave their city alone, the artist finds herself obliged to make the city black and white again, and also rain washed the colors away and repainted the city white and black, that is not how it ends though.

Mix it Up! By Hervé Tullet

In the same context as the one that preceded this book, Hervé Tullet’s Mix it Up! is a picture book that teaches your kids everything they need to know about colors whether they are primary or a mixture. Turning every page will introduce you to a new color which you can mix to create other colors, the instructions are pretty simple and the coloring is quite creative

Katherine Applegate i an award winning author who wrote plenty of books for children along with her illustrator G. Brian Karas. With their collaboration once again, they give is Ivan: The Remarkable True Story of the Shopping Mall Gorilla, a book that tells the story of Ivan a gorilla who lived for 27 years in a shopping mall in Tacoma, but before that Ivan lived in a similar manner to a human child for 3 year, as it is expected, the elephant started getting better which resulted in sending him to the mall, the audience however noticed that he is bored and sad and they began writing complaint letters about him. so after 27 years he was sent to a Zoo where a lot of other gorillas too residence where he will start his life from scratch and become happier as he got adopted to life amongst the others.

Horton and the Kwuggerbug and More Lost Stories By Dr. Seuss

Who does not know Dr. Seuss and his works, who has not read them ? Kids love Dr. Seuss’ books so no matter which one you pick, it wont fail to give your children a good time. Horton and the Kwuggerbug and More Lost Stories is a collection of stories that didn’t make it to being published. Random House Books for Young Readers published this book in 2014 after 23 years of his death. There are 4 short stories in the collection,

Horton and the Kwuggerbug: Horton meets a small bug called Kwuggerbug which tells Horton about a Betelnut tree and leads them there, only later on that Horton will find out that Kwuggerbug is leading him to a trap.

How Officer Pat Saved the Whole Town: Officer Pat spotts a gnat flying around Thomas the Cat and he rushes quickly to stop it because it and the cat cause catastrophic damage to the town

The Hoobub and the Grinch: A green string more useful and valuable that the sun ? that’s what Hoobub trying to convince Grinch with, how will it end ?

Marco Comes Late: have you ever got late to school because of a bird that laid eggs on your head ? have you ever met worms, and huge cats who argue about whether or not Marco should keep the bird on his head ? Long story short that’s why Marco was late to school and that is exactly the story he told his teacher when she asked him why he was late.

This collection of short stories contains beautiful rhymes and illustrations Dr. Seuss used to give us when he was around, this is the best choice if your kid have already liked one of Dr. Seuss’ books such as Green Eggs and Ham, The Cat in the Hat or The Lorax.

I’m Brave by Kate McMullan and Jim McMullan as an illustrator is the first work that witnessed the collaboration between these two, it is a fun read for your kids aged between 3 and 8 years old, it is about a fire truck that enjoys showing off and boast about its parts. This book will enhance the love fire trucks and firefighters. The illustrations by Jim McMullan are colorful and the fonts with which this book is written makes them fun to read.

A book that contains information about farm animals, the events take place at Axel Scheffler’s Flip Flap Farm. There are two animals in this book, a Purkey (a combination between a pig and a turkey) and a shabbit (a combination between a sheep and a rabbit). Your kids will enjoy reading this as they will enjoy learning about these four animals that shapes two animals. The illustrations will help you imagine more about these hybrids, they are cartoonish and colorful. The text is written in a rhythmic manner and clever design, when you turn the pages you will get a poem about the animal that emerges when you do that.

Flora and the Penguin By Molly Idle

This is a picture book that contains fascinating illustrations of Flora and a penguin as they dance on ice. It’s a collection of three books that tells the story of flora with different animals, the third book however, is set to be released in 2016. After Flora mastered ballet with a flamingo in the first book, she comes back to demonstrate her skills with a penguin, they leap, twirl and spin on the ice creating fabulous movements. The illustrations are beautifully made, depictive and clean.

The Fox Went Out on a Chilly Night By Peter Spier

Peter Spier is the was the winner of the Caldecott Honor for illustration in 1977. The Fox Went Out on a Chilly Night is a picture book that tells the story about an old folk song on a fox that went looking for food to feed his family in the cold weather of the winter, this expedition took a sharp turn when he raided a farmer’s house. The difference between being in a house and living in one makes itself clear in this book. The illustrations are intricately detailed but lack the aspect of color as they turn to black and white when turn the pages. It is a straightforward book that will keep your eyes and mind peeled.

I Got Rhythm By Connie Schofield-Morrison

The little girl and her mother take a stroll through the park on a bright sunny day. The park will turn to a joyful party because the girl will be able to hear rhymes with her ear, see them with her eyes, catch them with her hands and move them with her lips. The illustrations by Frank Morrison are depicted as oil paintings that makes this city full of joy, and the text is styled with words that makes you want to dance

Have You Heard The Nesting Bird? by Rita Gray

In a quest of discovering birds, two young children went out on a walk to explore nature, they hear voices of birds such as woodpeckers that goes tapping on a tree, Doves that goes Coo and other birds like crows, sparrows, jays, cardinals and so much more. But when they spot a nestling bird, they became intrigued as to why there is no sound from such thing, but one day everything changed when they heard the nestling bird sing. The illustrations by Kenard Park are beautiful and they depict every bird perfectly. This book will help your kids learn birds, how they look and how they sound.

Hooray for Hat! By Brian Won.

Do you feel grumpy ? it’s time to get a hat. When someone wakes up grumpy, he needs to have so fun to make him happy. In our case an elephant who woke up in a bad mood was surprised when he received a present, inside it, there was a collection of hats which had never seen anything like them before. The Happy beautifully dressed elephant went out only to find out that the wholes forest was grumpy, so he started sharing the hats and spreading the joy.