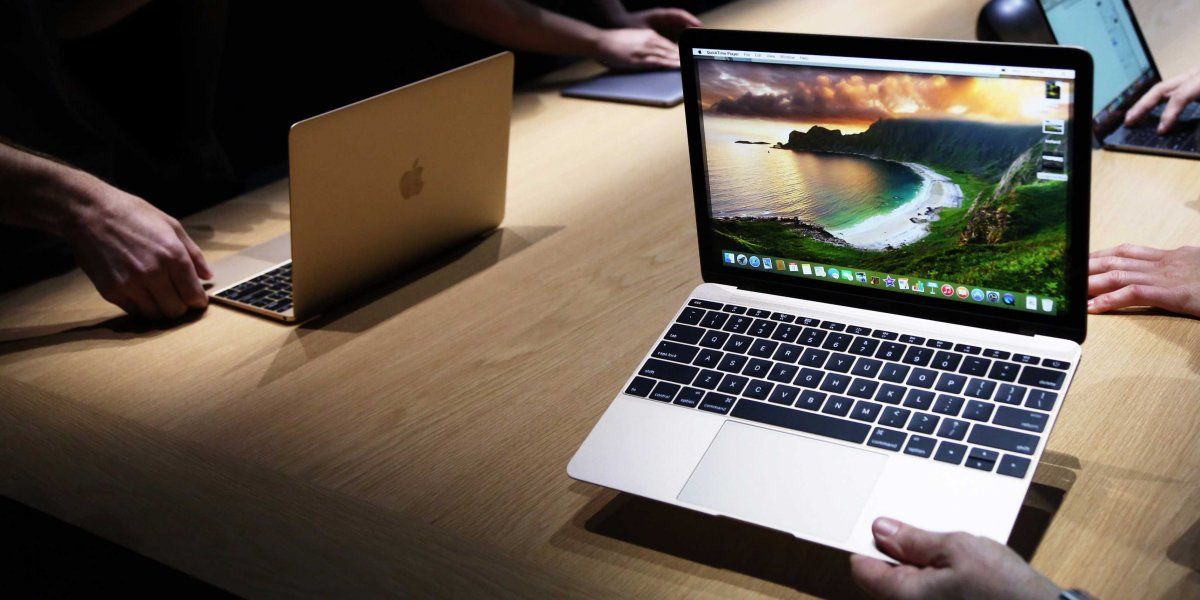 The best guide to buy the best laptop

A laptop, as it is compact than ever and yet efficient enough to run demanding software, is the best thing mankind has created to do some heavy work or just play video games either at home or on the run. Everyone may prefer a laptop for typing a research or play some quality video games because it is just appropriate to do so rather than standalone tablets or smartphones. And doing the latter in an 4 or 5 years old model laptop won’t go anywhere. So what is the best laptop you should buy?

You can find a multitude of sizes, features, and prices that makes a simple task like choosing a laptop quite challenging. And in order to figure out what you really need, just read this easy walkthrough which will lead you to “ the chosen one “.

To the inexperienced eye Mac, windows or chrome Os are all the same and you cannot tell the difference between them. If you are one then this overview will enlighten your perception upon each platform’s strength and weaknesses.

Chrome is not just the cure for slow browsing. It has a number of other key features to recommend it, including excellent HTML standards compliance, its own copy of Flash, its own PDF viewer, automatic updating, synchronization across computers, incognito viewing, and many extensions. Chrome is also the basis for a whole new family of packaged apps built with the Chrome Platform APIs, HTML5, CSS, and JavaScript. These apps use the browser’s capabilities, but start locally, run from their own app containers, and have access to local resources as well as Web resources. These apps are obviously needed to make Chromebooks more useful, but they add value on other operating systems as well.

On the other hand, the negative one, Chrome can be a huge memory hog, and it forces you to log in with your Google account if you want to take advantage of its features. Personally, I don’t mind logging in, even though it can sometimes painful, but I know people who think that this loss of anonymity is not worth the benefits.

Windows is about choices. A whopping 5,400 certified Windows 10 PC models of all shapes and sizes are available. There’s also the choice of more than 4 million Windows applications. No other platform can reach that much number of applications. New updates of Windows devices are now available with a touch-screen.

But good old desktops and laptops with keyboards and mice still make up the majority of Windows machines in use, and users of those machines have been the most critics of Window 10. Version 10 partially addressed their concerns; Windows 10 Update really takes their needs to heart.

Some may be surprised that, unlike Apple’s updated Mavericks OS X, Windows 10 Update brings no actual new features—there’s no new eBook reader or map app (it already includes the latter, and you can get the former in the Windows app Store) such as Mavericks added. What Windows 10 Update does bring is a collection of new interface elements and behaviors for mouse users. Best of all, none of these features requires learning anything new—they’re all derived from familiar old ways of interacting with PCs. And that’s not all: The update includes about 200 performance tweaks that benefit all users—of both touch and non-touch PCs. 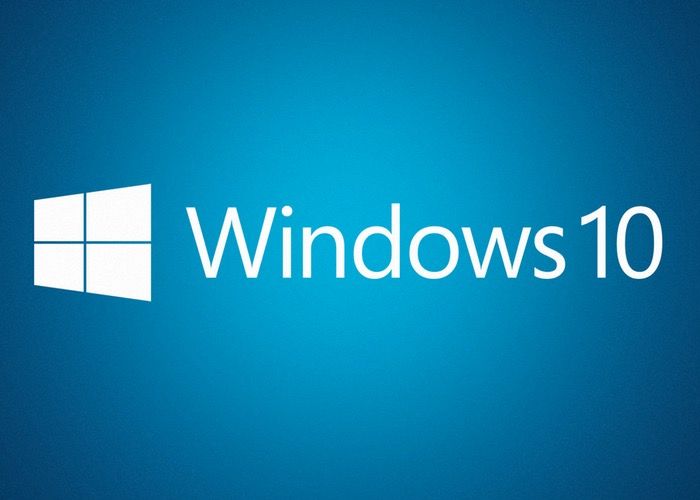 It is the latest system for Macs and MacBooks, and was one of Apple’s main product launches of 2014. The Mac OS X 10.10 Yosemite looks closely at the new features in Apple’s Yosemite operating system, examines the numerous improvements it adds to OS X and answers questions about troubleshooting Yosemite problems – such as Continuity, and the wireless problems that have been afflicting Yosemite users since launch. 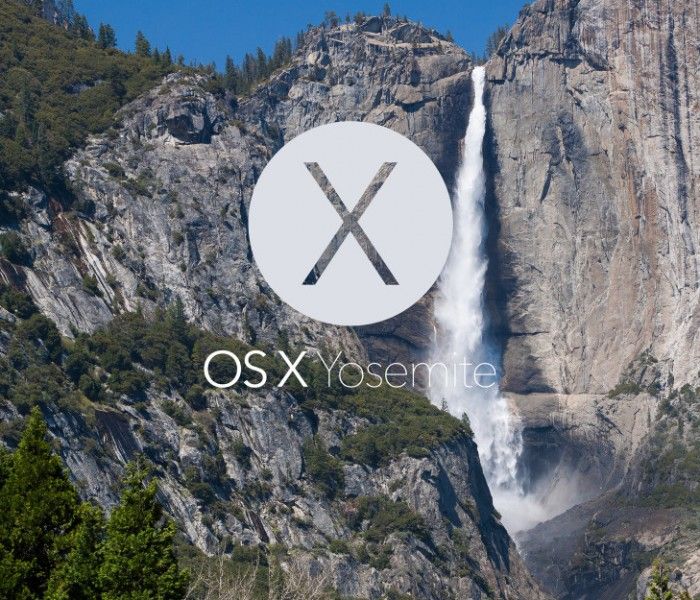 Right before choosing the platform you should consider before anything else how small your laptop should be. They are categorized by their screen sizes.

11 to 12 inches: are weighing around 2.5 to 3.5 pounds. It is considered the lightest and smallest systems in the store. But at this size some of the users think that it is too small and is a bit cramped to work on.

13 to 14-inches:  The 13-inch laptop has gone on leaps and bounds recently, thanks massively to Intel’s Ultrabook specifications.

In many ways, a 13-inch laptop is the perfect size for a portable PC; they’re not as fiddly and squint-inducing as netbooks, but not as heavy and awkward as a full-on notebook.

And there are plenty of PC and Mac options available, too.

15 inches:  Is the famous one so far, they are basically heavy and mighty around 5 to 6.5 pounds and they also cost less than other sizes. The 15 inch laptop would be of such use if you’re not planning to carry it around or use it on your lap.

17 to 18 inches: That may seem a little like overkill, but there is at least some method to the madness when it comes to the new 18-inch screen size (and these new sizes may eventually replace more traditional 15- and 17-inch displays). Therefore, big laptops equals to huge storage, high voltage quad-core CPU’s and sophisticated graphic chips which makes it pretty much like a stallion for high-end games.

Notebook specs such as CPU, hard drive, RAM, and graphics chip can confuse even notebook aficionados, so don’t feel bad if spec sheets look like alphabet soup to you. What you need really depends on what you plan to do with your laptop. More intensive tasks such as 3D gaming and HD video-editing require more expensive components.

Here are the main components to keep an eye on.

If you’re buying a netbook, you’re bound to find that it uses an Intel Atom processor. You won’t encounter a particularly noticeable difference in performance between the Atom chips you find on modern systems, but the newer Atom processors do offer slightly better battery life.

But, of course, Windows 10 isn’t only designed for tablets. It also has to run on conventional PCs as well, which is why the traditional Windows desktop can still be found lurking just beneath the surface of the candy-colored Start screen.

Graphics Chip: Most laptops are available with a choice between integrated graphics (from Intel or AMD) or a discrete GPU (from nVidia or ATI, the graphics division of AMD). Integrated graphics are built into either the system chipset (the “traffic cop” that controls the flow of data in the system) or, in newer systems, the CPU itself. They share the main system memory with the CPU. Discrete GPUs are individual chips that are dedicated solely to graphics and have their own pool of memory, which results in far better performance.

Ah, the laptop computer — the ultimate platform for digital enjoyment. Laptops enable you to connect, play and work wherever and whenever you want. But if you lose battery power and can’t plug in on the go, your laptop is no better than an oversized coaster.

Laptop technologies have really come a long way With advances in processor architecture and mobile-optimized technologies and software, you can experience a near-desktop experience for playing games, listening to and downloading music, and surfing the Internet — all without being leashed to the nearest outlet.

OK, you’ve come a long way. Now come just a little further. But even with these built-in, mobile-optimized technologies, you may still have to plug in before you’re ready. To squeeze every last drop of power out of your laptop battery,

If you can afford it, buy an additional extended battery which you will never regret. But know that some Notebooks have batteries that are sealed which you cannot easily upgrade it on your own.

One of the things you should consider in order to know the laptop’s battery life, and how long can it survive, is not taking the clerk’s word for it. Instead, log online and make sure of it yourself from all the result that you can find everywhere on the net. His consummation of the battery can vary from the brightness of your screen and the applications you use.

The most important question we try to answer at Laptop Mag is the following: “What laptop should I buy?” It’s a question with many facets and tons of possible answers. But, often, a good place to start is to decide which brand deserves your hard-earned dollars and even your further loyalty towards the brand.

Some brands climbed our rankings in 2015, such as HP and Dell, but others crashed. Lenovo fell from second place all the way to sixth, thanks in part to lackluster tech support and the loading of dangerous adware on some consumer laptops.