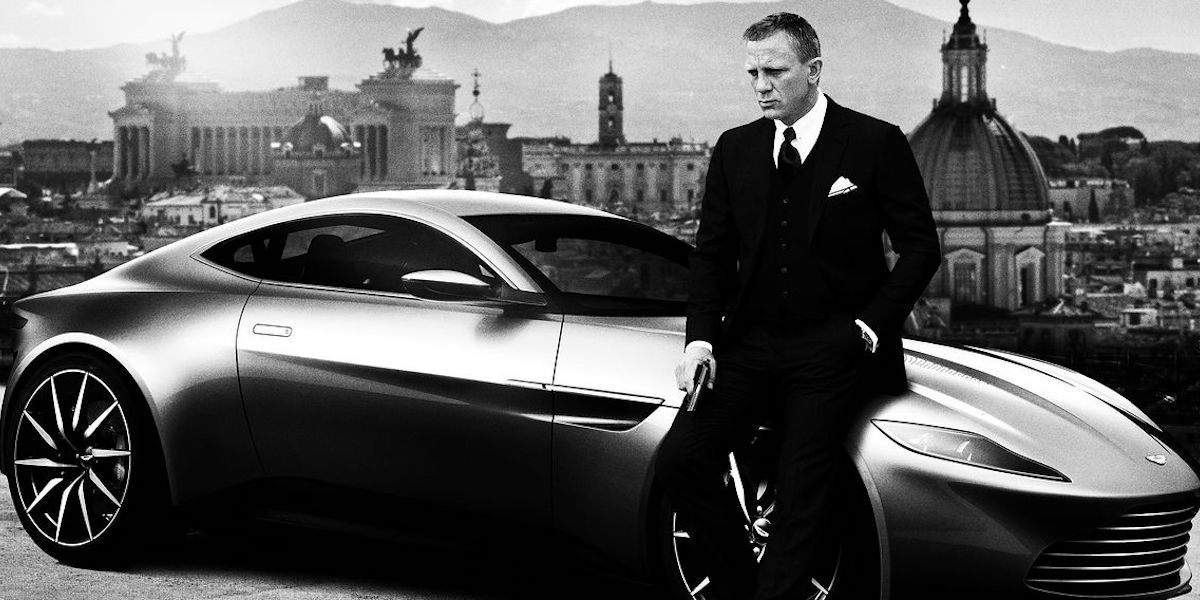 Bond, James Bond movies contained advanced gadgets and technology, everytime you watch James Bond movies you feel nostalgia and in my case, pride, mainly because i’m thankful i had the chance to know and watch all the movies in the series. From Dr. No  in 1962 starring Sean Connery, to Specter 2015 starring Daniel Craig numerous gadgets and cars were introduced to the movies. Luxurious cars or Not-So-Much luxurious, it doesn’t matter, James Bond used these cars to perform stunts and battles you never dreamed of watching, they were equipped with special gadgets such as shotguns, rocket launchers and missiles. This article is a list of the best cars ever brought to the big screen by James Bond movies.

The debut of James Bond witnessed a beautiful and special types of cars, the producers of the movie had to borrow this car, yes borrow, from a jamaican citizen since it was the only car eligible to be called a sport car in the area at that time. The chase in Dr. No (1962) was the best scene this car performed in the movie, Bond also used this car to drive to Mrs Taro’s blue mountain house.

The mightiest James bond car was first brought in the 1964 movie, Goldfinger. The chase also in this movie represented the strength of this car, it was extinguished by its passenger ejector seat and the slippery liquid that bond used to get rid of his chasers. The car was included in other movies of the James Bond Saga and other films too.

The only japanese Toyota car that was produced back then with an open top wat the 2000GT was a part of the James Bond movie, You Only Live Once (1967). It was the also the first TV appearance for the car. Not even a small chase can give this car a challenge, you just need to call to a helicopter to pick the chasers and drop them into the sea, that is if you are James Bond.

The Diamonds Are Forever (1971) featured the Mustang Mach 1, the scene performed was a breathtaking moment for James Bond movies fans. The car chase in which the Mustang was being driven on two wheels through a narrow alley was surely something people in that year won’t stop talking about, the stunt of jumping above the other parked cars was not to be forgotten either.

The Esprit wa featured in The Spy Who Loved Me (1977), it was the first Lotus brand car to become a supercar  at that time. I bet that no James Bond fan is not familiar with Wet Nellie or Little Nellie, Right?. This car brought that term to existence thanks to its ability to function as an underwater submarine.

James Bond gets his first BMW in The World is Not Enough (1999) movie. The Z8 was equipped with special, first time seen gadgets, such as missiles and radar. It was a shame what happened to this car during the movie, watch it to find out what actually happened.

Aston martin made it again to the series through Die Another Day (2002) movie, it was acknowledged as the first invisible car, the gadgets were also a special bunch in this movie, such as the hood shotguns, side machine guns, rockets and most importantly a passenger seat that can ejacuate you incase of danger.

Featured in Casino Royale (2005) the twenty-first movie of james bond series, the Aston Martin seems to be going back to series more that enough. Budget were getting higher however, in that movie it was estimated that three DBS were destroyed with an overall value that exceeded 900.000$ for shooting one scene

The DB 10 was featured in the latest movie of the James Bond series starring Daniel Craig Specter (2015). This Aston Martin in the the newest car the company made so far, there were only a dozen made especially for the movie, they were later released to the market after the movie came out.

We Presented you with only 10 cars in a series on 24 movies, be advised that this is an opinion, if you don’t find a car you really like in this article we apologize in advance.