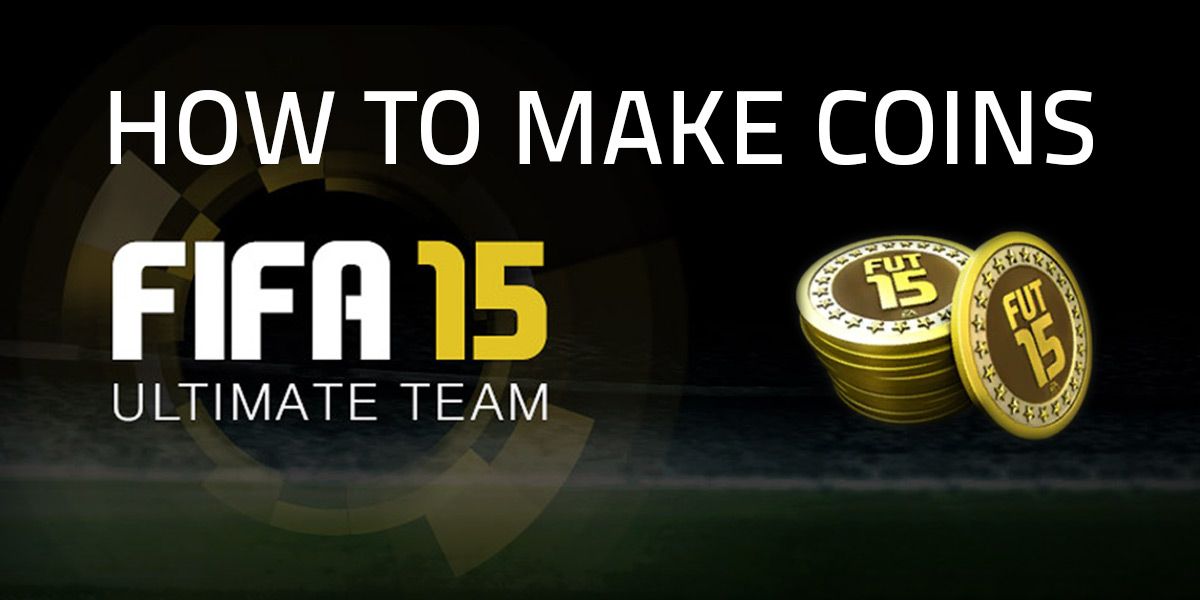 Fifa 15 Ultimate Team became the most addictive game in the series, online multiplayer and the content in-game made this game what it is, the ranking system and collecting cards also contributed in the matter. There is always a way to keep you coming back to play the game.  Players ratings that are set officially from FIFA, the urge to make your own team from a collection of the best players in the world, and the challenges other players make within the community for each others to compete with and overcome. Every FIFA UT 2015 player buys card packs everyday, it can take a very long time to get all the players you want, and their substitutes as well, without the cards there wasn’t going to be a game called FIFA Ultimate Team. New players think that collecting the best players can be a very easy task, but what they don’t know is that there are a lot of measures to take under consideration when it comes to buying card packs. You get your first pack of cards when you first join the game and create your team, you also get them when you win tournaments and league seasons, buy them at the in-game store, and finally through receiving your daily gifts.

Before you start wasting your in-game money around, you need to be aware of the types of packs you need, and when to buy them, rather than that, there is another option that allows you to buy only the players you want, but this option usually requires that you have a big amount of money. This article will answer a lot of the question you have stuck in your mind, and will probably make more questions surface, but don’t worry, they will too be answered.

Buying Or Not Buying Packs:

The most frequent question FIFA Ultimate Team players ask is: should i buy packs with real money or not ?. This question is a tricky business, when you buy packs from the store, the content is unknown to you and there is no way to know what’s inside, it could have been totally worth it to buy packs if you already know what’s inside them, but that’s not how it works. You can get random items, items you already own, like this, it seems that you are just wasting important money on useless packs. Pack cards can be bought in exchange with FIFA Points which you buy for real money, or with coins, which you can get from winning games and tournaments, both of these card packs have the same percentage of rarity, meaning that what you can get from a Gold Pack you bought for coins, you can get the same or worse cards from the one you bought for FIFA Points, the objective is to find cards that can be sold for more than the whole pack, and resell them in the Transfer Market, you should save your coins to buy the best cards, that’s why we advise you to buy packs with FIFA points, so answering the question of buying or not buying cards is a personal thing, it depends on how much real money you are ready to spend on the game.

Is This Game Pay To Win ?

Without any explanations and fake reasons. The answer is Yes, it is a pay to win game and EA is forcing you to buy FIFA Points to get most fun from it. This game is the basis of EA Sports company, it forms a big proportion of their yearly income. In their advertisements, they make it look easy to find unique and rare cards, their strategy aims to gain money more than to entertain you, but it still works for both parts, they make money, you get the fun. To do this, they support youtubers and streamers who happen to have the best cards in the game, they use social media to make cards with the best players such as Messi and Ronaldo look common and easy to find. These cards are seldom found from packs, it is only a chance of 1% or even less, but these statistics are never announced publicly, why would they do that when they want you to buy more packs than you can afford ?

Now you can get the grasp of how this strategy works, but still, you can’t stop thinking that you are going to get a good card when you open the next one, that is what they do, they share with you images and videos of people like Youtubers and streamers from around the world who managed to get those rare cards to force you to buy more and more cards out of jealousy or high hope. You have to know when and where to stop. By saying all this, we do not intend to tell you to stop buying packs, how could your favorite game survive if you stopped bringing cards to it ?. We do not criticize EA’s way of making money, that is a very good marketing strategy, but you as a player should know how to get good players cards and how much money you should spend on this game based on your financial situation.

What are the chances of getting Good cards?

There is no accurate answer to this question, you will have to conduct a huge statistics research on the matter from millions of players to know exactly the percentage of finding rare cards. Your personal experience can convince you that it is easier than it looks to find the cards you want and that is totally okay, but to someone else, and based from his personal experience, it is nearly impossible. Let’s say for instance that you opened three thousand packs, and on your three thousand and one pack you found Messi or Ronaldo card, you will conclude that you get such a good card out of every 3000 packs. But for another person who opened ten thousand and then received a card will conclude that out of ten thousands packs you can find a card, by putting all these statistics together, only then we can now the percentage of getting rare cards.

There is no efficient way to buy amazing packs of cards, but there is always the auction house or transfer market, it enables you to buy the cards you want in exchange of coins, the only problem is that good cards are ridiculously expensive, it will take you quite sometime to buy the cards you want. Last time i checked, good players cards were being sold for a price that exceeded 9 millions coins and collecting this money takes a very long period of time. Some people get to use illegal ways to get the number of coins they want, these coins are being sold for real money however, it seems better than buying packs, but this act is not tolerated by EA Sports, and if you get caught you will be banned.

What are the chances of getting the best cards, you may ask. The answer depends on how much player cards you are talking about, there are over 14.000 players cards in the game, the problem is that you don’t know how many players the pack your are going to open contains, so there is no way to know how much chances you have of getting a Ronaldo card for example.

The system of cards drop is measured by numbers, the lower the number of the card, the less the chance of that card being found, For instance Messi’s card weight is 2, this means that he is 150 times more likely to be found than a card weight of 300. This however, is not a permanent thing, these card weight measures are only applied to cards that are being sold on the transfer market. People who happen to find these cards prefer to rather keep them than sell them, because let’s face it ! Why would you sell such a good card ? unless you have two, which is unlikely. If you still think that the odds are good of finding a rare cards then do this, choose a number out of 10.000, without saying the number, ask someone you to guess the number right, keep that person guessing until he or she gets the number right, those right there, are exactly your chances of getting a rare card such as Ronaldo or Messi.

Its very hard to get the best players, but you can always stumble upon good players with a good overall number, although none of the top cards’ card weight is higher than 40. If your idea of playing the game is to have fun, then you can buy FIFA points and packs as much as you want, but if you want to have a strong successful comp we advise you not to, and instead go for the transfer market.

How to Get The Best Packs 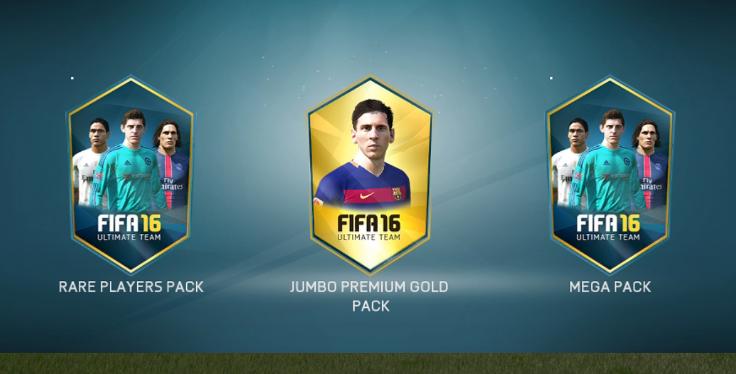 The first thing you learn about FIFA Ultimate Team is how to buy pack, in case you are having problems, you can find them in Store, just click the word Store you will find on the main page when you access the game, and choose what types or purchases you are looking for, consumables or players cards. As you browse right and left, you can see the details and types of every pack, there are plenty of good packs in the game:

The packs described above are the best in the game, of course there are silver packs and bronze packs which are way cheaper. you find all packs in the store. The packs you buy will directly go to the “My Packs” section where they will be waiting for you to open them.

When Do i Buy Packs ?

You have to know where to buy packs of cards, and one period that is considered the best time to do that is the Happy Hour. This event allows players to buy packs for a cheaper price from the regular days, misconceptions are fairly common within players, they think that the drop rate of rare cards rises during Happy Hours, which is utterly false, Happy Hour (HH) can actually last more than an hour, it could go for 2 days, but the rate of finding rare cards stay the same. The best time however, if you want to find rare cards, is during Happy Hour events that are labeled with ‘x2 chances’ which mean that you have twice the chance of getting a rare card. This kind of events ( “Happy Hour x2” ) seldom makes it to the store, they happen only once or twice every year, but the players are forewarned on the game’s website before they happen.

In Case of any misunderstanding, here is a list of conclusions to get from this article:

The game has become one of the best games on PC and consoles, it is worth playing, although we warn you that it is highly addictive.