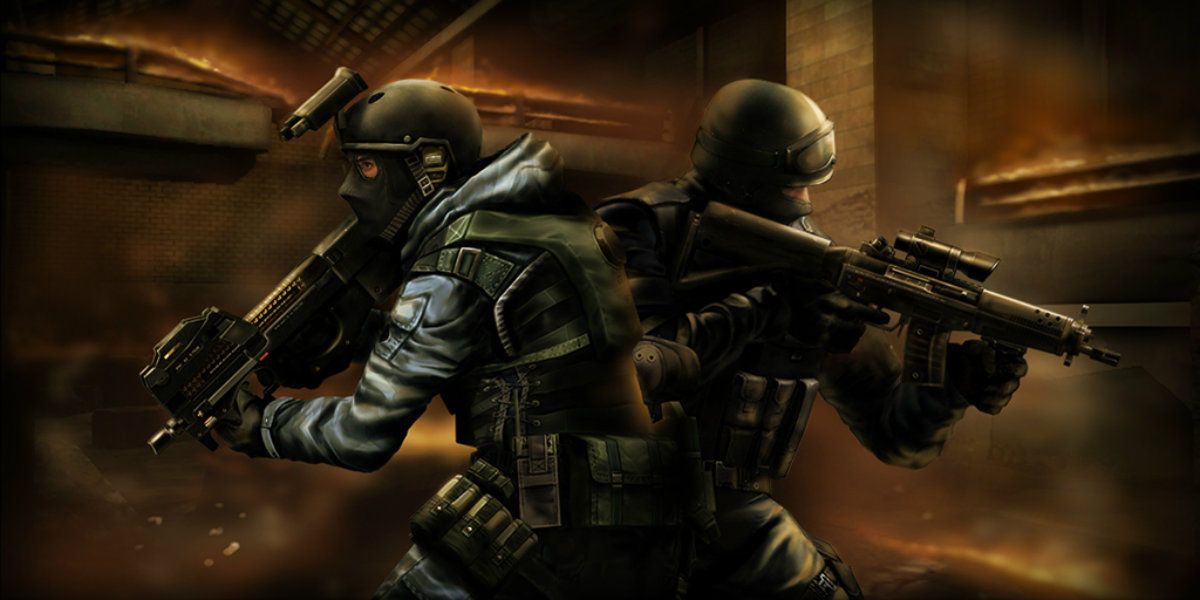 The Best New First Person Shooters of All Times

There comes a time when you want to play a video games but you don’t know which one you should go with. After we talked previously about classic first person shooters, now we talk about the new FPS games that are not at all futuristic in a sense, but they can be categorized as the best FPS games that came out in the near future. Without any delays, we present you with the list of the best new first person shooters of all time.

If either you are a classic FPS games or a new, you have without a doubt heard about Counter Strike. After CS 1.6, Valve has managed to release a newer version of Counter strike with more details and content, the game managed to attract more players than Counter Strike 1.6. The main aim this game was made to accomplish was to get console closer to the FPS genre, it is a multiplayer game that has an immense fan base that can be estimated about a solid 550.000 players with more than 270 million hours played. The game have made huge success from the financial side when it came out, not only did PC gamers enjoyed a better version of Counter strike, console gamers also found out about the best and most addictive video games ever. The changes that were inflicted on the game have only concerned the upgraded game system and the content, the gameplay and maps remained the same, this change was welcomed with thunderous applause from the CS 1.6 gamers. The graphics were also modified but not thoroughly, it was updated to look more realistic and less “pixely” and since then the game became smoother and needs more quick thinking and reflexes than CS1.6

The concept of the game is very easy, it is a team game, 2 teams who fight to beat the other. Terrorists have an objective of planting a bomb in a specific area, whereas the counter terrorists are to defend that particular area, but whoever managed to kill all the enemy team’s players first wins. The game is the second most played video game of steam after Dota 2 and Before Team Fortress 2. 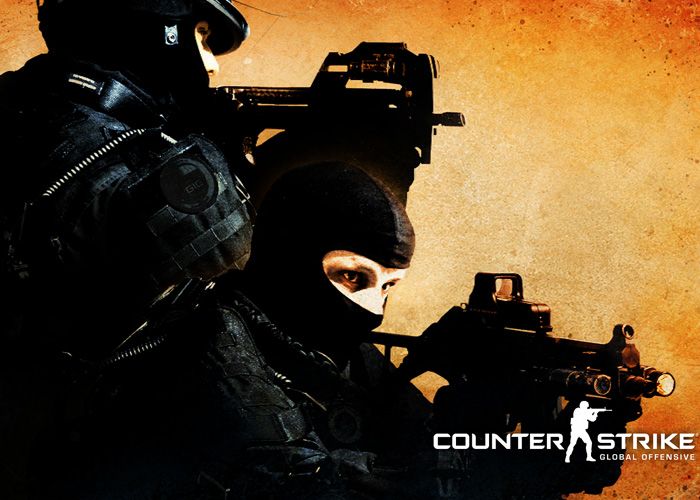 This is in my personal opinion the most hyped and awaited release after Fallout 4. The majority of gamers were expecting this game to come out and see what it brings to the table since the mechanics looks new and very futuristic. The game trailers and teases featured unique gameplay style, they included robots and advanced guns in addition to the way this game is played overall. The game does not have a single player campaign but this did not stop people from buying it, whilst playing this game for tests, we found out that it did not require a single player campaign, the multiplayer mode features all that you want to see in a single player, staged explosions, robots and environmental destruction and all the other things that you love seeing, we figured out that if the developers added a story it will just contribute in making the game boring or similar to other games, i personally hate when im playing an intense game and all of a sudden useless cutscene appears.

The game is simply a lot of fun, you can run on walls, ride and call titans which looks like robots, they are infact robots, you can also boost yourself up thanks to jet packs, the NPCs in this game are more than an object with which you have that boring conversation, they contribute in reducing the time of respawn for your Titans. You can hijack other enemies titans while performing some astonishing moves. Go ahead and buy this game it is a must play that you will not regret.

This one was also awaited for a very long time and with unbearable excitement. Up till now, there is no such game that can outclass Destiny be in in the gameplay, mechanics or environment. Get your gear ready and embark upon a quest in which you explore a whole solar system. The game play style is a combination between Halo series and Freelancer which resulted in a new game style created by Bungie, this combination have not failed to capture every gamer’s hearth and time, it is highly addictive, the gameplay is astonishing and gun shooting is remarkable. The PVP (Player Vs. Player) and PVE (Player Vs. Environment) are two things that add the excitement to the gameplay experience, usually and with numerous games, either the PVE or PVP is bad, but in Destiny’s case they are both equally good.

Like every other game, Destiny had its share of bugs and criticism, but the developing company have quickly managed to fix everything amiss with the game. So far the story of the game is not that clear but we hope that Bungie fix things up later on, because the amount of content this game has is very broad, moreover than this, the developers are still adding new things every patch. This is a game that should be played at least once in your lifetime, but too bad it is a Playstation 4 exclusive, don’t buy it if you don’t have a PS4.

We loved this game so much, it is very long but it’s totally worth the time. Released in 2013, it still manages to be one of the best games made from the graphic perspective, it was too ahead of its time to be honest. The story takes place in a post nuclear and a postapocalyptic world where people found themselves obliged to live underground, the comfort of the survivors became disturbed with the savage poisonous mutants who are controlled by sociopaths who aim to control the city of Moscow and its underground sources of survival. The reason why this game made it to this list is because of the variety of guns and techniques of shooting, i doubt that there is anything similar to the shooting in Metro 2033, there are better games but this one is sure unique. In comparison with the first game, this one is much fun, don’t judge if you did not like Metro 2033, try Redux and we promise you that you won’t regret it.

In metro Redux everything is worth bullets, the official currency for the Metro world is bullets. How fun would that be, a world with no money. The story is enjoyable. This game is available on PC, Playstation 4 and Xbox One.

An open world that lived to all our expectations, the mechanics the gameplay and most importantly the shooting. It really does not matter if you don’t have good guns, in Far Cry 4 everything can serve. This is one of those games that gets better after you finish it, the option of environment is really fun and never gets boring, you can go hunting for animals or even for humans, it doesn’t matter at all for us as long as you are shooting. What makes the gameplay unique is the stealth options, you may agree with me when i say that stealth contributes with a bigger proportion in making a game exciting, it is an aggressive game, charge your enemies with an AK47 or a machete, just make sure you kill them. The game is available on PC, Playstation 4, Playstation 3, Xbox One and Xbox 360.

Gears of War ? Total Overdose ? or Bulletstorm. We will go ahead and say Bulletstorm because it is nearly a combination between those two games we have mentioned, in addition to this, it really a funny game but can be very emotional sometimes, I honestly don’t know how to feel about this game yet, it can make you laugh now but will without a doubt make you cry later.The whole process of playing this game is intriguing and fun, it is a non stop run of insanity, explosives are everywhere and blood is all about. The most impressive thing that attracted my attention is the different ways of killing enemies, once you perform a unique kill you get rewarded greatly, you can put grenades in the and throw them on other enemies then you detonate them whenever you wish. The weapon variety is remarkable, there are guns with which you can toss people at the different places of the environment. The game is available on PC, Playstation 3 and Xbox 360. 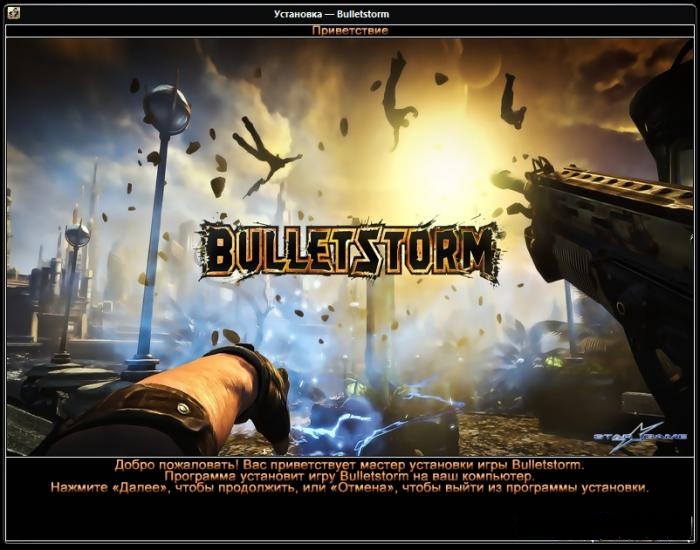