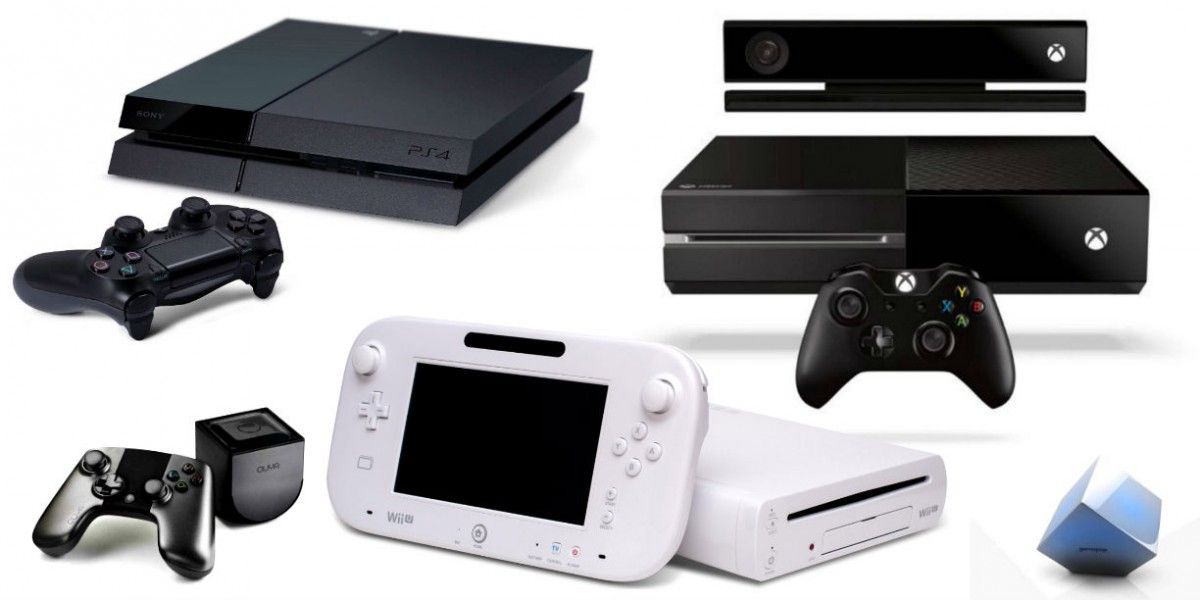 The variety of gaming platforms is becoming broader and broader as time goes by. Different companies release their own consoles to the market and to the fans, and with each one of these consoles is released, numerous products also make it to the market, products that can improve the quality of the gaming experience, starting from video games to other accessories such as headset and controllers. If you are a console user, we have some advice for you to get the utmost fun out of your gaming experience. If you are trying to find the perfect set to give as a gift we also invite you to read the rest this article. We will talk about each console as we go along.

There are more games than you can play on playstation 4. Every year dozens of game are released from various video games companies such as Rockstar Games, Ubisoft and Sony who exclusively produce games for their consoles. You don’t have to be confused with the huge number of games available, pick something that you are familiar with, something that is based on a show or cartoons that are loved by anyone, make sure you take under consideration the age rating so those games can meet your loved one’s age requirements.

Assassin’s Creed sounds familiar no ? It does for gamers, this video game franchise is the of the most popular and best selling in history, moreover than that, this game is educative, it teaches history, although it is a little bit fictionalized, but some of the events aren’t. Assassin’s Creed Syndicate is the latest version released, its takes place in Europe, and France exactly, Two assassins, a brother and a sister are trying to bring down the force of evil that had turned once a beautiful city, to ruins and made its beautiful streets blood soaked. Pick this one if you are gifting this to an adult, or pick Plants VS. Zombies for your kids.

Fighting games on the other hand requires the gamer to be a little bit skilled and used to play video games. Mortal Kombat, Street Fighter or Blazblue: Chrono Phantasma are the best gifts if your loved one or you yourself enjoy the intense feeling and stylish combat modes in video games, There are also plenty of challenges you can complete after you get the hang of the game, there are also different difficulties to set the level at if you have mastered the game on the previous difficulties. Try not to break your console when you set the game at the highest difficulty though.

As far as accessories are concerned. If you buy a regular controller you won’t get that smooth comfortable feeling. While playing, you can have difficulties moving your character in-game in a very serious positions where you could get killed by your enemies, freezing is always an irritating thing in video games. And for this reason we recommend Nyko Charge Base. The controller that comes with Playstation 4 pack won’t contain a charging cable, you will have to buy one yourself unless you tolerate the option of putting a controller to charge up and continue playing afterwards. Nyko Charge Base allows you to charge to controllers at the same time and assure you smooth going of the game. 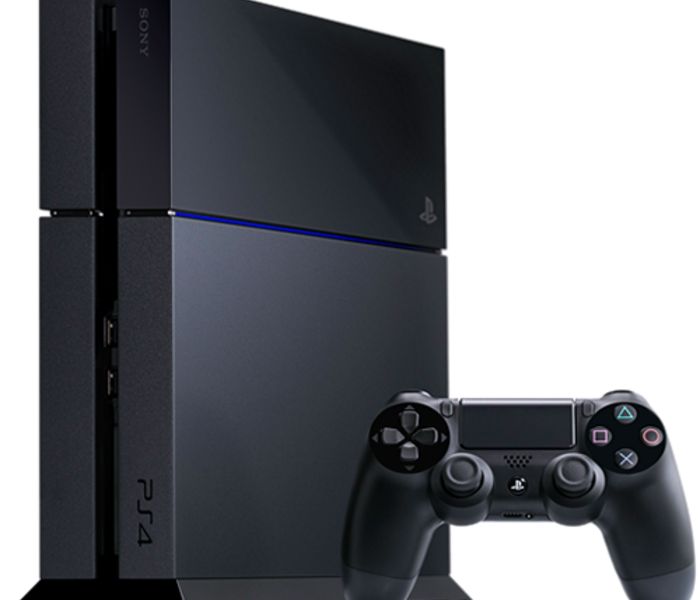 Straight to the point, since what we have said about the number of games on the Playstation 4 is to some extent the same for Playstation 3. When you want to pick your games there are plenty of measures to look after, putting that all aside, because it is a personal thing, we recommend that you Buy Destiny although the game is available on Playstation 4,  Xbox 360 and Xbox One, it is still one of the best games you can play on a Playstation 3, that is of course if you don’t own a Playstation 4. The game is new of a kind in the world of video games, it combined between two types of video games, first person shooter and massively multiplayer online modes. This has contributed in making the game playable and fun for people who like only one of those two types. Don’t be worried about this game getting boring at some point, there is a whole solar system to explore, and the developers are still adding content.

As to accessories, there is plenty of them on the market, the problem with accessories is that you are never sure of the quality before you test them for quite some time, they could get broken easily or not able to perform the task as it is required or as it was when you first bought them. We recommend that you buy the Gold Wireless Stereo Headset. Made by Sony themselves these headsets last longer than they are supposed to, they allow you to have the best hearing experience, you will be able to talk with your friends online and hear the surroundings such as footsteps, gun reloads and grenade throwing sound, these things are important in some games, trust me. Although it’s made by Sony, this headset can work on PC, Playstation 4 and Playstation Vita.

Xbox 360 has been rolling for quite sometime, so you can imagine how much games that were released for this game, this was Microsoft’s biggest hit, they introduced more people to it that they did with the first Xbox. Amongst the most remarkable games released for this console is Gears of War. We recommend that you pick up all the games in the trilogy, but if you can only afford one, you better choose Gears of War 3 it contains huge game content, immense multiplayer fun experience, and various characters. Halo Series is also a must play game, the most recent release is Halo 4, it is up to you to choose between these two games, the most important thing you should know is that both of these games are worth buying.

For your little kids you can buy Viva Pinata, this family game is extremely fun, and utterly cute thanks to the content that contains a lot of colors and cute animals. It is a collection of mini games that requires strategy and planning, don’t worry if your kids is too young to make his own strategy, just get him/her this game to help him start.

Released at the same month as Playstation 4, the market was engulfed with competition, social media was ablaze with reviews, and the gamers’ minds were lit with confusion. This, in my personal point of view, has been one of the hardest decision a gamer ever made. Ever since it was released, the Xbox one has witnessed one of the best games that came out exclusively from Microsoft on the console. Halo 5: Guardians, features the most iconic character the company have ever made. The idea of this character going rogue against the faction he fought for was a new thing that made all Halo series players unable to wait for long, when it got released, the game was met with high praise. The multiplayer gameplay is addictive but fun, there are countless of possibilities for upgrades and abilities, unique control and smooth movements, the only thing you might dislike is how the single player story ends, but what it surely promises is more Halo games to come.

Another first person shooter that is although underrated, it can be described as the most solid game ever released for the Xbox series. The theme of the game is very unique, it is centered on fighting Nazi zombies. It sounds fun, doesn’t it ? Pick up Wolfenstein: The New Order

The best piece of accessories you can buy for an Xbox One is Dreamgear Dual Charging. The Xbox One comes without a charging kit for the controllers which is annoying for a lot of gamers. The Dreamgear Dual Charging is pretty cheap comparing to other kits in stores, some gamers however prefer Kinect, this item enables users to interact with their consoles without the need to own a controller, but controllers are always preferable to play games with. 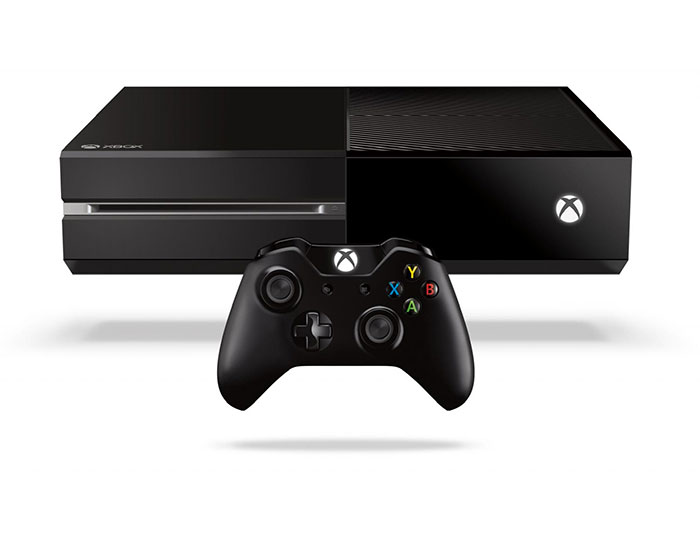 Wii is the first console that featured playing without a controller, it represented sports video games in the best way possible. This console is not only centered about sports, there is one of the games i can personally say that it is the best video game i have played in my life. Monster Hunter Tri, this game was so addictive that you forget that have a life to live, the content is a great variety of dragons and creatures you chase through maps, the craft in this game feels like you must work so hard to earn what you really want to own as a weapon. The graphics are not that bad considering the time when this game came out, but the nature and the surroundings are breathtaking. It grieves me to see that this game is underrated.

Wii’s best accessory is Wii-Mote Plus, this essential tool that you should without a doubt purchase the moment you pick up a Wii, it helps improve the precision of aiming and readiness, this will make the game play smoother and more enjoyable and most importantly responsive.

When you first hear about Wii U the first thing that comes to your mind is the ability to play your games with your friends while doing sport activities at the same time. This console however, like any other, has its ups and downs, The Wii U is comfortable, the off screen play gives another form of gaming experience, and it is compatible with the last-gen Wii, the cons on the other hand, is that its Gamepad has a very short battery life, and the console overall is a little bit slow to respond.

When it comes to games on Wii U, the best we could recommend is Super Mario Smash Bros. The game combines all your childhood characters and new ones as well, the Super Mario Smash Bros is a special video game, it allows you to play with up to 8 players in one arena. Regardless on all the fun this game provides, it managed still to get its share of criticism; but the majority gave high praise nevertheless. Super Mario brings back a nostalgic feeling that can remind you of your early childhood days, If you are an adult who likes to party with friends, then this game will keep you entertained all night. Super Mario Smash bro is Considered one of the best selling games on Wii U, make sure you pick it up. 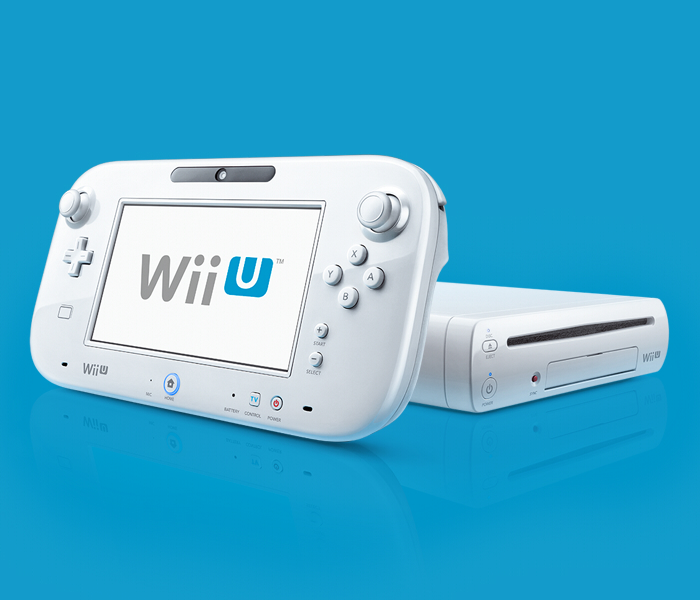 As far as accessories are concerned, the Wii U Pro Controller never fails to amaze its users. The Wii U game pad is what the console is about, it’s fun, will keep you fit, and it’s the tool that will give you extreme fun with friends and parties. Some people however, prefer to sit down, relax and play, while others of the same type, prefer their Wii U to become something similar to the Playstation series or the Xbox, for this reason we give you the Wii U Pro Controller, It’s designed in a similar shape to that of the Xbox 360 controller, but it functions way better as it contains all the required button to assure you a specific gaming experience only the Wii U can offer.