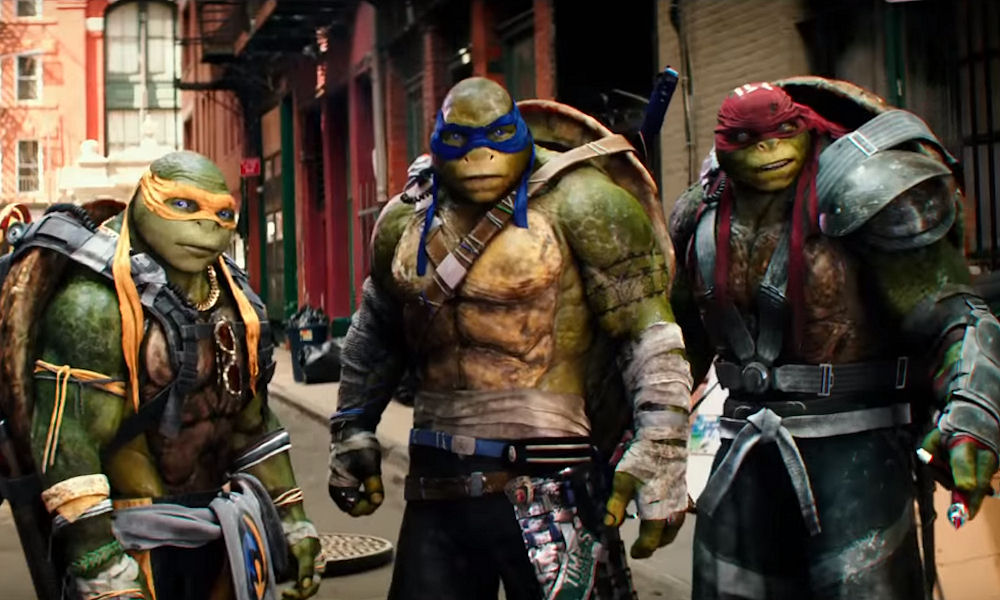 8 of the Best Children’s Books for Ninja Lovers

Kids love everything, some one them however prefer particular things over the others, For instance there are children who likes animals, cooking, puzzles and so on. This article we will offer advice for children who prefer ninja stories over everything else. The article will contain 10 books on which we will try to shed some light without giving any spoilers, we will try hard not to do that, so without a further ado, here are the books.

The Ninja Librarians: The Accidental Keyhand By Jen Swann Downey

This is the first book in the series of the Ninja Libraries by Jen Swann Downey, it was published in 2014 by Sourcebooks Jabberwocky. It is a story about a girl who learned the hard way never to deliver a library book late, an overdue book will change her life. Dorrie and Marcus Barnes are siblings who will embark on a chase after their êt only to find themselves falling through a passage into a library, This library is called the Petrarch and it is the base of librarians formed of secret ninjas whose mission is to protect the words written on books, which they considered their trouble source, they must protect them anywhere, anytime and at any cost.

Dorrie intends to join this this group of librarians, unfortunately they find themselves targeted by the traitor, after sensing the danger, she and her brother Marcus decided to go back to their home through the passage that led them here, can they succeed in doing this before it gets closed forever ?

Jen Swann Downey tells the story with a factual tone into it; the Petrarch’s Library was a real thing. Petrarch was a man scholar and poet from the Renaissance literary movement who arranged to move from his personal library to venice, with a little bit of bad luck, he never managed to do that, it won’t hurt if you read about it and tell you kids the story behind The Ninja Librarians: The Accidental Keyhand.

Joey and Johnny, the Ninjas: Get Mooned By Kevin Serwacki.

Joey and Johnny, the Ninjas: Get Mooned is the first book in a trilogy by Kevin Serwacki. There is always a set of friends or sibling who are never alike but somehow they manage to get along together, Joey and Johnny students at Kick Foot Academy, the best ninja school in Lemming Falls, are ones of those people. Joey is the well behaving kid who obeys every rule, and Johnny is the one who is not familiar with the term “rules”. Joey is does not do anything if he didn’t plan it, he calculate changes and take under consideration bad results, Jhonny is the reckless boy who leave everything to fate and chance. Johnny is cool however, he has a unique hammer, and a deely-bopper. Joey has only a katana, but the only thing these boys have in common is that they are both ninjas.

The story is about their school who is at risk of losing its reputation, the Red Moon Clan, Kick Foot Academy’ rivals have stumbled upon a unique piece of weaponry, a weapon that is stronger than any ninja in the world, both schools headmasters resulted into a challenge, whoever won that challenge will become the supreme school and whoever lost will close his school forever.

This book is laugh-out-loud read, taking under consideration that Joey and Johnny, the Ninjas: Get Mooned is the first children’s book by Kevin Serwacki, he really aced it. The illustrations by Chris Pallace are fresh, colorful and bright that will help improve your imagination, the hardback version of this book was published in 2015 by Balzer + Bray

This book is the second in the Snoop Troop series is the perfect book for kids who want to read by themselves, the illustrator and the author have added a colorful drawing on every page, it is a fun read that will make you lost in the story to the extent that you won’t even feel time passing by. The story is about two detectives who study at fourth grade in their endeavor to solve crimes, Gustavo Muchomacho and Logan Lang have found a new case, apparently ninjas are around and one of them is stealing potatoes from the town. The first suspect of this crime is kindergartener called Chapster who is a little bit awkward and eerie, he has a certain affection towards cat and cheese, the events of the story develops to reach something that is far beyond potatoes, our detectives find out that there are several Chapsters in town, numerous clones stand await for Muchomacho and Logan, it is time to find out who is making them, and who is behind all the theft that is plaguing their potato supplies and taking their French fries and heir tater tots.

Kirk Scroggs is the author of Tales of a Sixth-Grade Muppet. Snoop Troop: Attack of the Ninja Potato Clones however was published in 2015 by Little, Brown Books for Young Readers, the hardcover version contains 192 pages.

The Case of the Time-Capsule Bandit by Octavia Spencer

Ninja detectives are all around today, it is time to meet Randi Rhodes, she is the first detective in the world, and this time to comes to solve the crime in The Case of the Time-Capsule Bandit. This book is the first book in the Randi Rhodes, Ninja Detective series, it is about Deer Creek, a small town that is centered on living on how successful their Founder’s Day Festival, but this version of the festival has witnesses one of the most embarrassing incident in its history, that capsule that is believed to contain all the festival’s

treasure is nowhere to be found, and here, enters Detective Randi Rhodes and D.C, her best friend, their inspiration to become detectives is Bruce Lee, they use nina style in solving their cases, rumour has it that the treasure is in Angus McCarthy’s  haunted cabin, will they gather their courage and investigate the place of their first suspect in the period of three days? find out in the beautifully written and intense story.

The book was published by Simon & Schuster Books for Young Readers, the hardcover version contains 224 pages. If you liked this book, make sure you picked the second one in the series under the name of The Sweetest Heist in History by the same author of course.

Fan of quick reads ? Ninja-rella: A Graphic Novel is one of the best graphic novels you will find. The story of Cinderella in this book, who is treated by her stepmother and her two daughters very badly, she is being coerced every single day to do the daily tasks for them, cleaning their clothes, cook for them and run errands, and in return they only give her ragged clothes to wear and leftovers to eat. Little did they know that Cinderella is actually a spy, every night she trains very hard in order to reach her dream, she aims to be the prince’s bodyguard. It was a few days later that Cinderella had her chance to demonstrate her powers in front of the the prince, the stepmother seeing this, have tried to prevent her from doing that by telling her to stay at home, but how can you stop a ninja ?

This book will take you from the first events on how Cinderella lost her mother to the very end, which we do not plan on spoiling. The story is an allegory of the original Cinderella story, but  Joey Comeau really did a good job in making the readers enjoy this one as much as they have enjoyed the original one. The illustrations by Omar Lozano are joyful and depict the struggle Cinderella went through to reach her goal very perfectly. The book was published in 2015 by Stone Arch Books, it is one of a series of 4 books, the hardcover of this release is only 33 pages.

My Grandma’s a Ninja By Todd Tarpley

Ninja Grandmothers ? have you ever heard of that ? get ready to enjoy this beautiful story. Ethan’s grandmother does not go to school like everyone does, she does not ride busses, she does not take taxis, and she does not walk to it, she ziplines. Ethan was surprised to know that his grandmother is different than anyone he had seen, she os a ninja of course, but she does not hide it. The other kids at school were startled when Ethan’s grandmother dropped him off to school from the ceiling, and decided to stay and teach his friends karate moves and acrobatics. Who could have known that having a ninja grandmother can be also a bad thing, ethan and his friends were upset after the grandmother beat their soccer ball team and caused them to lose self confidence, this dramatic situation won’t last for long, in the championship game that was help at school, ethan again along with his friends were happy to have such a grandma who taught them to use cool moves, and Ethan most importantly was happy with his grandmother again.

This book will teach your kids to love everyone for who they are, it is a very cute piece of literature, the illustrations by  Danny Chatzikonstantinou are vivid, colorful and cartoonish. My Grandma’s a Ninja was published in 2015 by NorthSouth (NY), the hardover contains only 40 pages, it is a very quick read.

It is not an easy thing to become a ninja, it requires a lot of hard work and training. Little Kunoichi will help understand how hard it is. Exertion and frustration engulfs her as she tries harder and harder to improve herself, and in order to do that, she needs someone to help her, she finally meets this friend who will step up and make her the perfect ninja, together, they impress the local festival audience with smooth and dangerous moves. This book has a japanese theme to it, it will teach you some words, first it teaches to phonetic spelling of the word Kunoichi which translates to Ninja Girl in japanese, there are plenty of other words in the book but unfortunately it does it contain ways on how to spell them. In the last page of the book, the author gives explanation for several terms and references that you have encountered throughout the book.

The book was published in 2015 by Little Bigfoot, the hardcover contains 32 pages.

Kids love Santa, surprisingly enough, Yukio doesn’t, all he loves and wants is to play outside with snow and have an epic snowball fight with his ninja friends, but unfortunately everyone is busy preparing for santa’s arrival. he decides that he should stop coming every year and in order to do that he does a very naughty deed, Yuki alerts his ninja friends that an intruder have breached their town, after believing him, they stayed alert, when santa showed up they attacked him using snowball, and with that yuki gets his Epic snow battle. When the battle finished he felt guilty because he used his friends to fulfil his selfish needs, when he entered he was surprised by finding gifts everywhere and a note from santa, in the the note it was written that the fight was the big gift santa has brought him.

The book was published in 2015 by Simon & Schuster Books for Young Readers, the hardcover version contains 40 pages only.